Measurement of colonic transit time with radiopaque markers is a useful diagnostic test in the investigation and assessment of many gastrointestinal disorders, and is considered (by most gastroenterologists) as the gold standard for measurement both in adults and children. The severity of the transit problem is quantifiable by the transit test and the result may be an important variable; it may facilitate the decision on further diagnostic procedures, it effects the choice of therapy and long-term prognosis.

The technique provides valuable clinical information and has been proven to be reliable and reproducible. A colonic transit test may also be useful for exclusion of more generalized motor disturbance that might preclude a surgical approach. The technique provides a robust, inexpensive, and practical measurement and is easy to set up at every unit having a device for X-ray.

What can be measured with Transit-Pellets method?

Given that the x-ray on day 7 after ingestion of 10 markers daily for six days is performed in the saturation state, i.e. that the number of retained markers is in the interval 3-55 markers, the CTT can be given in numerical values, e.g., in days with one decimal. The corresponding CTT will be 0.3 – 5.5 days. Since the reference values (percentiles 5 – 95) for healthy women is 0.6 – 4.0 days and in men 0.5 – 2.2 days, the whole spectrum from rapid to slow transit values can be numerically calculated (1)

If saturation has not been achieved, i.e., as a mean less than half of the first marker dose has been excreted (>55markers retained) CTT is set to >;5.5 days for that subject. Otherwise, CTT might be underestimated.

If the saturation state has passed, i.e. less than half of the last marker dose (0-2 markers) is retained the CTT is set to <0.3 days. The capability of the Transit-Pellets method to yield numerical values for rapid, normal as well as slow CTT is unique among CTT radiopaque marker methods used in clinical practice. The daily dose of markers used, 10 daily, gives accuracy in CTT close to that with 20 markers daily, and sufficient for use in clinical practice and in scientific studies (2).

Transit times in the different segments of colon (ascendent, transverse, descendent and rectosigmoid part) can be measured with the Transit-Pellets method by applying to the segments similar criteria for saturation as used for total CTT. Thus, a numerical value for the transit can be given for segments provided that at least half of a daily dose (5 markers) has passed that segment.

In patients with constipation the Transit-Pellets method can diagnose segmental dysfunction as a delay (increased transit time) in the segment in question. Thus, outlet obstruction is seen as a delay in rectosigmoid transit time (3). The serious constipation disorder colonic inertia is identified with a delayed total CTT and prolonged transit time (>1.5 days) in the ascendant part of colon (3). This identification is clinically important since surgical treatment with colectomy for constipation usually is contraindicated and should only be considered in very selected case if transit is clearly delayed in the right colon.

The Transit-Pellets method can differentiate between normal and rapid transit diarrhoea.

The short interval between marker intake and X-ray with the Transit-Pellets method enables investigation of rapid colonic transit in patients with long-lasting diarrhoea. Chronic diarrhoea caused by bile acids (so called IBAM, idiopathic bile acid malabsorption or IBAD, bile acid diarrhoea) is much more common than previously believed. In patients with bile acid diarrhoea CTT is usually markedly decreased. 50% of males and 75% of females with IBAM have rapid CTT. IBAM is a very unlikely diagnose if CTT is >1.1 day in men and >1.5 day in women. In a similar way segmental rectosigmoid transit time is markedly decreased in both men and women with this disorder. A normal rectosigmoid transit time speaks strongly against an IBAM/IBAD diagnose (6).

The single X-ray Transit-Pellets method with low radiation dose is suitable when repeated CTT measurements are wanted. Therefore, the method has been used to follow treatment effects on both total and segmental colonic transit in constipation.

The IBAT inhibitor elobixibat (A3309) was studied in 30 patients with chronic idiopathic constipation, treatment dose 0.1-10 mg/day. The Transit-Pellets method demonstrated an accelerating effect on CTT, particularly with the highest dose. CTT was reduced by 57% and it was shown that the effect was on the segments from the transverse to the rectosigmoid part where the transit time reduction was 1.7 days (7). Thus, at treatment of constipation the Transit-Pellets method can show both an overall effect on CTT and an effect on the target region in the colon.

2. Abrahamsson H, Antov S. Accuracy in assessment of colonic transit time with particles: how many markers should be used? Neurogastroenterol Motil. 2010;22:1164-69

For further information, please see Clinical Instruction for Use. 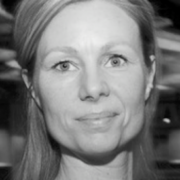